Duration of the campaign:

Information campaign on breast cancer diagnosis. The main goal of the campaign is to familiarize women with regular ultrasound examinations so that they become as common as, for example, a visit to the beautician.

On Breast Health Day, the Rak’n’Roll Foundation launched an information campaign on breast cancer diagnosis entitled “Breast Cancer Diagnostics. “I have something to them!”. The campaign is divided into two stages.

In the first influencers Jessica Mercedes, Julia Wieniawa, Julia Kuczyńska (Maffashion), Karolina Gilon, Małgorzata Rozenek-Majdan, Ola Hamkało, Zosia Ślotała, Joanna Jabłczyńska, Joanna Horodyńska, Daria Ładocha, Barbara Wronska, through an application available on Messenger informed that they are using a new revolutionary product on the Polish market. There was a gel that you only needed to use once a year to keep your breasts beautiful and confirm their health.

Gels were available for different types of breasts – large, small, „squinty” and even silicone ones. Influencers chose gels that corresponded to the shapes of their breasts and shared it on social media channels. They then revealed that the gel is not really a revolutionary cosmetic, but a product commonly used in offices where breast ultrasounds are performed. Thus encouraged to study them regularly. 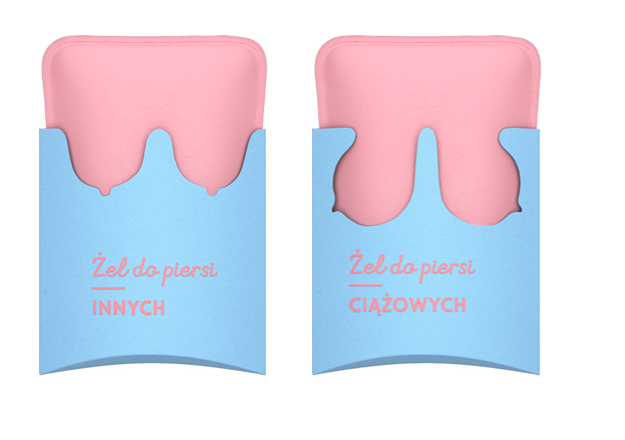 In the second stage of the campaign, the initiative already belonged to women. All they had to do was find a user named “BOOBlabla” in the Messenger search engine. It was a chatbot that helped select a gel for the type of breast and put women in touch with the nearest office with the so-called Pink Ribbon to sign up for a subsidized breast ultrasound.

Although the information campaign was supposed to last a month, the 7,000 ultrasounds subsidized by the main partner of the AVON Kontra Rak Breast Cancer campaign, were distributed in two days.

Women who were unable to take advantage of the free pool of tests could get them at the regular price.

Chatbot “BOOBlabla” works all the time and you can still sign up for a commercial ultrasound using it.