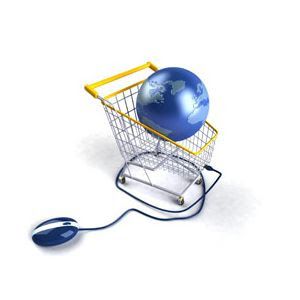 Showing the product advantages that differentiate the Galaxy S7 smartphone from the competition.

We introduced precise targeting to people in our consumer group as well as separate targeting on available operating systems. The messages on the creatives emphasized the functionality of the Galaxy S7, and thanks to innovative targeting, they appeared exactly in the situation where the user was most vulnerable to them.

We selected several important – from the user's point of view – situations that can happen while using a smartphone and created dedicated creative lines for them.

It was crucial that the situations presented were strongly associated with the weaknesses of phones offered by competitors. Based on system information generated "real time", on phones running iOS and Android, we have created an algorithm to target certain deep features and mechanisms of the systems. This allowed us to isolate key situations and respond to them exactly when they occur:

– lack of memory on the phone – in a situation where the phone's memory is at least 85% used up. – the ability to expand the memory on the Galaxy S7 with a high-capacity microSD card;

– fear of getting wet – targeting phones located in the rainfall area after the weather condition data picked up from the weather app – S7 waterproof communication;

– dark and blurry photos – targeting phones located in the area where the sun has set according to data downloaded from the weather app – clear photos even in the dark thanks to a camera with a bright F1 lens.7;

– combining devices into one system – only to iOS users – phone working with smartwatch and 360-degree VR system.

In this mobile campaign, we recorded a total of more than 5.6 million PV and a reach of 667,000. UU, more than 210 thousand. Clicks and 86 thousand. sessions, based solely on targeting on deep system features.

The average CTR, according to the communication line, was 3.74 percent. reaching a maximum value of 8.22 percent.

The average Bounce Rate, depending on the line of communication, was 40 percent., reaching a minimum of 37.55 percent.

The campaign perfectly demonstrates the possibilities we have for targeting on mobile. It's really up to us how we want to use these opportunities. Undisputedly, the biggest advantage of mobile is that the user has his smartphone with him at all times, which makes it possible to precisely reach with communication precisely when the user is most receptive to it.