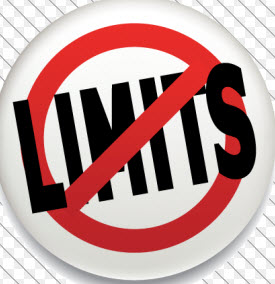 Is bitcoin a good investment? Opportunities and threats to "digital gold"

Bitcoin is in the news again – mainly due to the successive price peaks of this most popular cryptocurrency, described as „digital gold”. In 2021 it scored another spectacular increase in valuations, with which it eclipsed most stock market indices. Not surprisingly, investing in Bitcoin is again becoming one of the most searched topics on the Internet, with millions of people around the world choosing to invest their savings in it. Is it worth taking an interest in BTC? What you should know before you decide to take such a step?

Although Bitcoin is relatively new to the market – it was created in 2009 and began to gain greater popularity a few years later, it has created opportunities for its holders to make spectacular profits. In the beginning its price was cents, then dollars, to exceed $50,000 apiece in early 2021.

In the second half of 2020, some institutions, including investment funds, began to invest in it in greater numbers, which created a huge demand for this digital currency – greater than its current „mining”. Some have even actively begun to advertise investment in Bitcoin as a better alternative to gold, building on already widespread opinions calling BTC digital gold.

Many analysts suggest that Bitcoin will already become a permanent part of the world's financial system, and perhaps even some kind of world reserve currency, and as a result there is no shortage of forecasts placing its valuations well above $100,000 and even reaching up to $1 million.

Although at the moment you can see a certain amount of hurrah-optimism in the market, favoring such bold assessments, in fact the most popular cryptocurrency has several arguments that can really make it worth a great deal. Among them, it is worth mentioning, for example:

– limited supply – all the Bitcoins mined will never be more than 21 million. This causes that due to the ever-growing pool of money in the monetary system, its valuation as a rare asset should steadily increase – especially since lost Bitcoins cannot be recovered or reconstituted, thus the number will continue to fall, and it will take longer and longer to extract the last less than 3 million BTC (out of a total of 21 million),

– exponentially increasing inflation – probably as a result of the continuous printing of money by all the Central Banks in the world, we can soon expect a sharp increase in inflation, which will successively reduce the purchasing power of currencies, and with them savings. There are fewer and fewer ways left to store the purchasing power of owned assets, and Bitcoin fits perfectly into such a role. Therefore, it can be expected that the demand for it will become higher and higher.

– an increasing number of serious institutions and investment funds are putting their capital in Bitcoin. It is causing a surge in demand that has not been seen on this asset until now. This has inflated prices to new all-time highs, which may not necessarily mean the last word at all.

What you need to know before investing money in Bitcoin?

Investing in Bitcoin, as in any other asset in the financial markets, involves certain risks. That's why it's so important to have the right investment strategy, to know the risks and, most importantly, to invest only the amounts you can lose.

Going into debt to acquire any cryptocurrency, spending the funds needed for day-to-day functioning or buying under the influence of emotions usually does not end well. It's also worth knowing that Bitcoin can be blocked to some extent by governments (although they can't completely stop the operation of its chain), and that it is largely in Chinese hands, which could be used for political games in the future.

These are rather low probability events, but it is worth keeping this possibility in mind. As well as the fact that BTC prices can fluctuate very dynamically and it takes „a cool head” not to buy expensive and sell during drops. However, everything is accessed with skill.