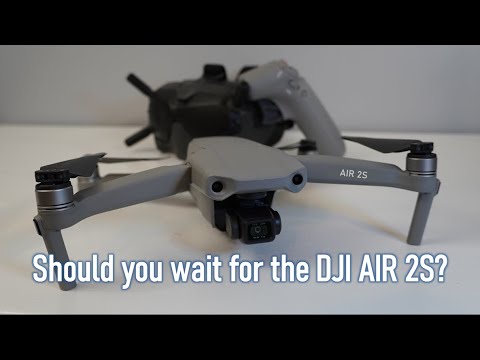 What we know about the new DJI Air 2S drone?

For some time now, fans of technological innovations have been frozen in anticipation of a new drone from the Chinese brand DJI. After all, this company is famous for its high-quality equipment, as well as surprising high-quality novelties. The same happened with the new DJI Air 2S drone, which is likely to become a great competitor to mid-priced drones.

The new DJI Air 2S drone – what we already know?

Every drone model from the DJI brand stirs up a lot of excitement. This is also the case with the DJI Air 2S , a refreshed and uplifted version of the DJI Mavic Air 2 drone. It turns out that the latest drone from DJI can also beat the much more expensive DJI Mavic 2 Pro. Why? This is indicated by the excellent technical specifications, while maintaining a mid-range price range. It is worth noting that DJI drones are indeed designed for a variety of users – both amateurs and professionals, for people who are willing to spend more or less money on purchases. The latest model DJI Air 2 S surprises with excellent technical parameters. It is already known, for example, that this drone has received a 1-inch sensor with a resolution of 20 megapixels, which will allow for high-quality video recording. But that's not all, because the latest model from DJI is equipped with ADS-B (Automatic Dependent Surveillance – Broadcast) technology, which is a system that allows you to detect air traffic, and also warns you about aircraft nearby. The equipment also supports intelligent HDR, which is a modern solution that allows automatic merging of recordings. This model also has a panorama mode function. DJI Air 2S is not a drone for children , but for people who care about the highest quality of recordings. Despite its small size and low weight (600 g), the latest model from the DCI brand impresses with its functionality. It's worth checking out Media Expert's guide and choosing the right drone for you – maybe this model will be the best one.

DJI Air 2S drone is definitely a high-end device in terms of quality and functionality, while this model is not that expensive – rather, it can be classified in the middle price range. The drone has four propellers, can fly at a speed of 68 kilometers per hour and for about 30 minutes. The latest model from DJI is sure to generate a lot of interest among users, as it responds to growing expectations.

Why you should buy a DJI Air 2S drone?

Drones enjoy unflagging popularity. After all, these inconspicuous devices allow you to shoot videos and take pictures, admire the world and have fun. Since ancient times, man has dreamed of ascending into space and flying – now it is possible, albeit virtually. DJI Air 2S drone meets the expectations of even the most demanding amateur users. This model has an excellent camera, many sensors and modern systems and technologies. At the same time, the price does not knock down, which is important for many people. DJI Air 2S is certainly an improvement on the previous model, the DJI Mavic Air 2. This is why the device may appeal to fans of technological innovations, as well as people who lacked something in the previous model from the DJI brand.